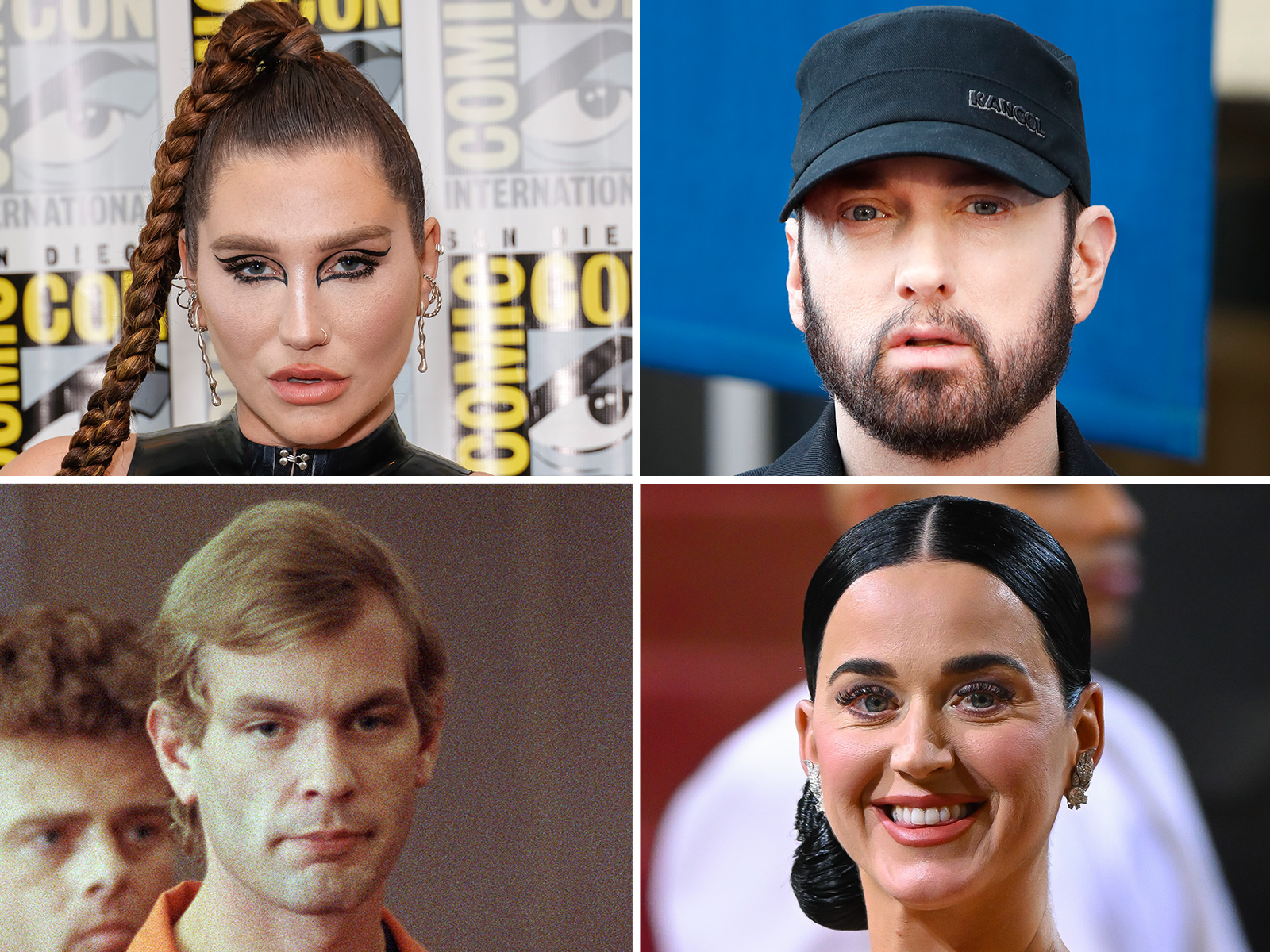 For some viewers, the Netflix drama Dahmer – Monster: The Jeffrey Dahmer Story is the first time they have learned about Dahmer, a serial killer who raped, murdered and dismembered 17 men and boys between 1978 and 1991.

The show, helmed by Ryan Murphy, sees Evan Peters portray the notorious murderer as it explores his crimes and the aftermath of his arrest as he was given 15 life sentences for a total of 957 years in prison. Dahmer died in prison in 1994 after being beaten to death by a fellow inmate.

With the drama’s release bringing the crimes to public attention once more, some viewers have chosen to criticize singers like Katy Perry, Kesha and Eminem. Here’s why.

Why Katy Perry, Kesha and Eminem are Being Criticized over Jeffrey Dahmer

Katy Perry, Kesha and Eminem are just some of the musicians to have brought up Dahmer in their song lyrics.

Dahmer is referenced in Perry’s song Dark Horse, which was released in 2013 and sees rapper Juicy J sing “She eats your heart like Jeffrey Dahmer.”

In Kesha’s song Cannibal, she makes reference to Dahmer’s murders that involved cannibalism by saying “I’ll pull a Jeffrey Dahmer.”

Eminem namechecks Dahmer in the lyrics of three of his songs, Bagpipes from Baghdad and Must Be The Ganja from the 2009 album Relapse and Brainless from his 2013 album Marshall Mathers LP 2.

Dahmer is also referenced in songs by Marilyn Manson, Nicki Minaj, and Pearl Jam, amongst many others.

It was Perry who first drew criticism for her lyrics, with some Twitter users calling for the singer to apologize for “romanticiz[ing] his criminal and inhumane actions.”

One social media user wrote: “It still upsets me when I hear the line in the song Dark Horse ‘She eats your heart out like Jeffrey Dahmer’ and I always make my daughter turn the station. It’s so disrespectful to the victims families. I hope people remember them while watching Netflix. Sorry for their losses.”

Another Twitter user said: “why isn’t anyone calling out Katy Perry for allowing such a vile & terrible lyric to be included in one of her hit songs? Jeffrey was a notorious serial killer & Katy CHOSE to romanticize his criminal & inhumane actions. I actually feel sick to my stomach. She NEEDS to apologize.”

In reference to Kesha’s song, one person wrote: “I just learned who Jeffrey Dahmer is and I knew his name was familiar because Kesha put his name in her lyrics for her song ‘Cannibal’ I need to delete that song now. Why the heck do we give fandom to these sickos!? Of course Netflix makes a series about it. Murders make the [dollars emoji].”

One Twitter user said: “the casual mention of jeffrey dahmer in kesha’s song cannibal has never really sunk in until now and what the f**k.”

Bringing up Eminem’s songs that mention Dahmer, one user said: “If people are shocked that Jeffrey Dahmer was referenced a Katy Perry/Kesha song – nobody show them Eminem up until Relapse…”

The backlash received criticism of its own, with some Twitter users calling out others for making the lyrics an issue when they are over a decade old.

A Twitter user said: “the jeffrey dahmer series comes out and all of a sudden katy perry and ke$ha are facing backlash.??? get it together weirdos .”

Another person said: “people trying to cancel dark horse by katy perry almost 10 years after it’s release because of the new dahmer show on netflix is the both the stupidest and funniest thing to me.”

One person wrote: “So did Ryan Murphy JUST educate this generation on Jeffrey Dahmer that now the Twitter army is trying to cancel Katy Perry, Kesha and more for referencing him in various songs that are 10+ years old?”

Newsweek has reached out to representatives for Eminem, Kesha, and Katy Perry for further comment.

Monster: The Jeffrey Dahmer Story has also been criticized for the way in which it has impacted the victims of the serial killer, and their families who said the Netflix show “retraumatized” them.

Eric Perry, a relative of Dahmer’s victim Errol Lindsay, wrote on Twitter: “I’m not telling anyone what to watch, I know true crime media is huge… but if you’re actually curious about the victims, my family (the Isbells) are p**sed about this show.

“It’s [retraumatizing] over and over again, and for what? How many movies/shows/documentaries do we need? Like recreating my cousin having an emotional breakdown in court in the face of the man who tortured and murdered her brother is WILD. WIIIIIILD.”