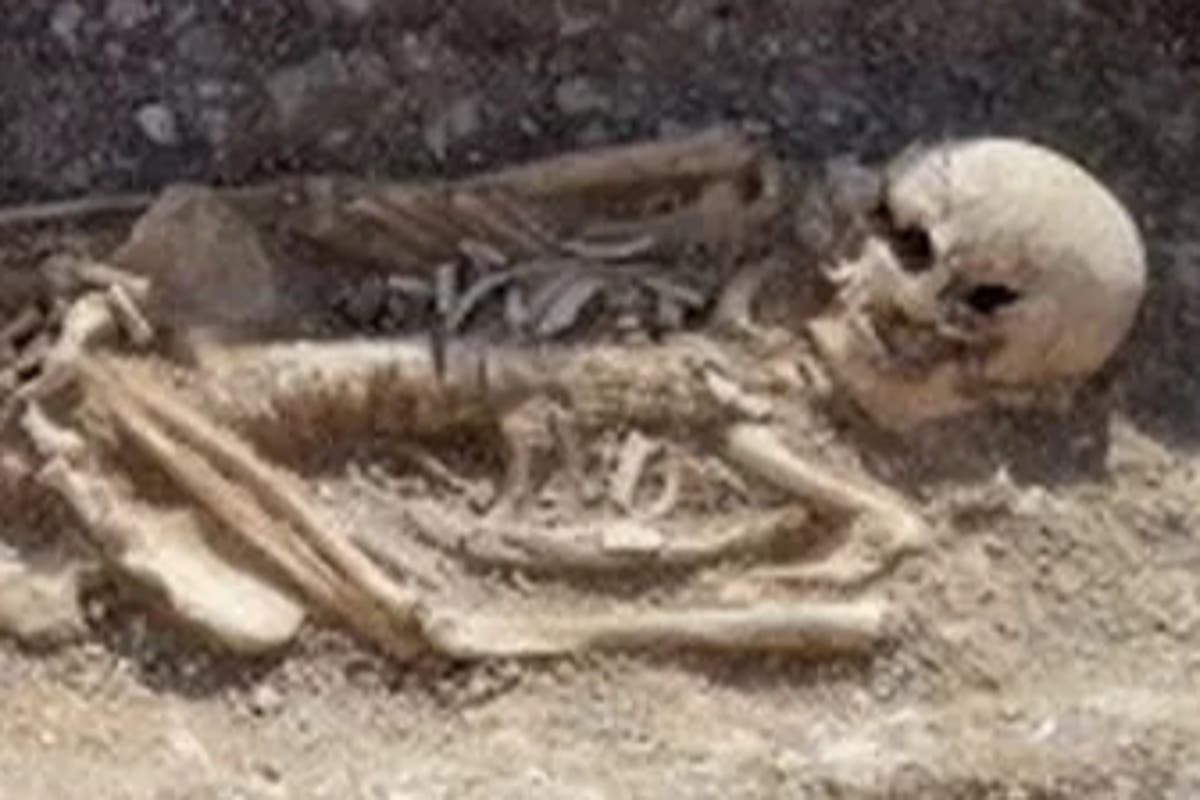 ore than a dozen Saxon graves have been discovered underneath a Croydon car park as developers worked on a housing development at the site.

Eighteen skeletons were unearthed at the Lion Green Road car park in Coulsdon by an archaeological survey which was ordered by the council as part of the 157 home project.

The excavations were carried out by the Museum of London Archaeology (MOLA) for the developer Brick by Brick in March 2021 and again a year later.

The 2021 excavations uncovered 12 burials, with another six discovered in 2022.

Six skeletons were found buried with iron knives in their left hand.

An archaeological report had to be submitted to Croydon Council as part of the development after plans were approved in 2019. Excavations of the old car park were carried out by the Museum of London Archaeology (MOLA) for the developer in March 2021 and again a year later.

A report on the finds said eight of the skeletons discovered were well preserved.

The report reads: “The finds assemblage from within the exhumation burials at Lion Green Road carry potential in the dating of their contexts and in the wider discussion of Saxon burial practices in the region that will arise from this site.”

The Lion Green Road development, which will be named Red Clover Gardens, is one of the final and largest projects to be completed by developer Brick by Brick.