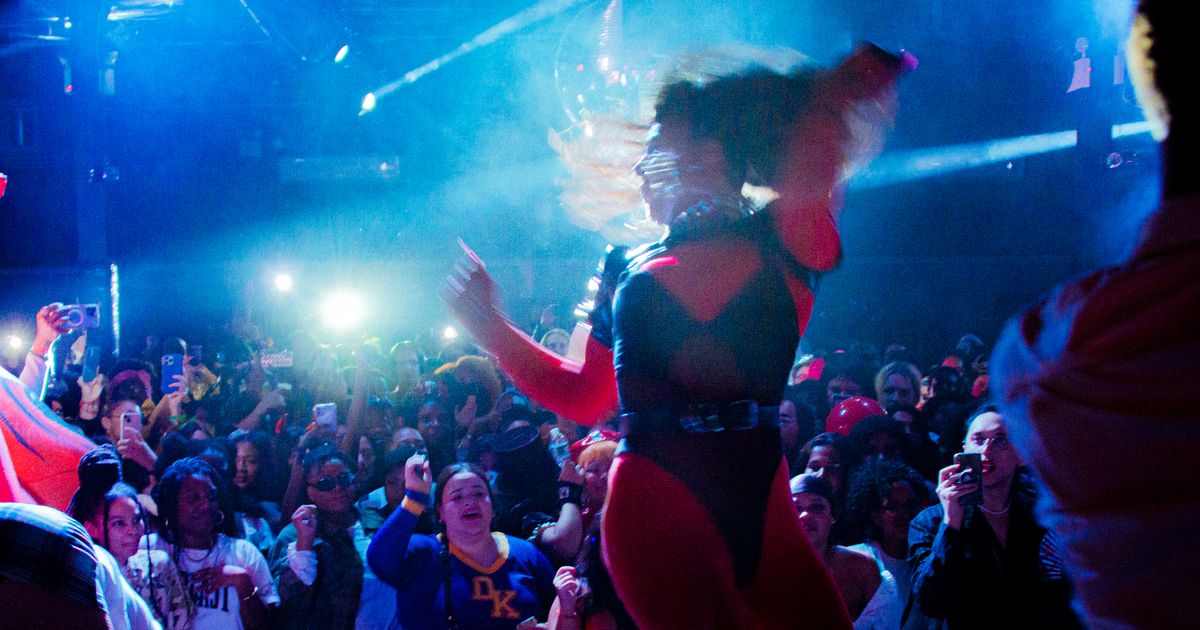 On Saturday night, a gunman opened fire with a rifle at the only queer club in Colorado Springs, killing five people and injuring several others. By many accounts, Club Q was a special place where the LGBTQ community and their allies gathered to drink, dance and be with one another. People at the club, including army veteran Richard Fierro and a trans woman, acted quickly to subdue the gunman before he could get to the backyard, where dozens of the patrons had fled.

If you’re a queer person, this shooting feels personal. At a moment in history when the GOP has portrayed drag queens as child groomers and trans people as predators, an attack of this magnitude felt inevitable. Perhaps, unless something drastic changes, that threat will remain. But I resist any urge to try to understand the intentions of violent people. I do, however, wish to tell the world about what happens in spaces that are made and frequented by queer people, especially if they’ve never been to one, so they’re not hearing it from those who have a stake in our destruction.

I first experienced unconditional love in a poorly lit gay dive bar called the Boiler Room in Manhattan, where a jukebox played cheap remixes of Ariana Grande songs and a generous helping of Mariah. It was a bar I went to several times a week and where I found my first semblance of queer community: There was always a group of old queens who were a little too loud, friends who argued over a pool table, and a bartender who called me “sweetie.” In this space, people danced no matter what song was playing — even, once, to a song by Mozart.

It was the first time that someone told me that I was part of some shared experience, this monumental thing called queerness.

It was there that I confessed to a random group of older gay men, shaking from anxiety, that I was queer. They hugged me and said that I was loved. It was the first time that someone told me that I was part of some shared experience, this monumental thing called queerness. It was also the first time that I understood that being gay did not mean that I was alone in the world. Here, in this space, it meant quite the opposite.

Because I was able to come into my identity in queer havens, I am alive today. Last year, I told my close friends that I wanted to throw a party where queer and trans people of color could feel truly free. Freedom, to me, is the privilege of forgetting, even if just for a few hours, the heaviness of our existence. That party eventually grew into Whorechata, which has grown into a community that is much larger than any one person. It’s a place that feels like the first real home to me and so many of the people I care about. It’s a place, I hope, that is filled with the possibility of unconditional love, especially for queer people for color.

Club Q had a similar commitment to being a radically inclusive space — at least two of the shooting’s victims were trans. These types of businesses represent a new type of queer space, one that goes beyond the ones I grew up going to, which often centered gay men’s desire for sex. Perhaps it is this amended, porous queerness, infinite in its possibilities, that terrifies conservatives. We are no longer just looking for people to hook up with behind closed doors, but also daring to imagine lives where we are fully seen. We are not only forming new ways of being, but also finding new ways of setting ourselves free.

Queer bars began because straight people didn’t want to look at us. Dan Savage, a journalist and activist, tweeted after the shooting that, “An attack like this says ‘not even here.’ Behind closed doors isn’t good enough for *them.* It’s not that they want us to exist out of sight. They don’t want us to exist at all.” The solution, he says, is to make ourselves visible everywhere, conjuring a Stonewall-era slogan: “Out of the bars and into the streets!”

I came out to my parents after the Pulse nightclub shooting in 2016 because I figured that if so much of the world was going to hate me, they would hate me regardless of whether I was closeted or not. It feels heavy to think that, six years later, this shooting will serve a similar function for other queer teens. I wish I could hold them and tell them to not be afraid, that if these people understood how beautiful it is to be queer, they would be giving us flowers instead of bullets.

The Club Q shooting reminded me that Whorechata, which has taken up so much of my world, is ultimately a bubble — one that was created out of the collective conscience of a handful of queer and trans people who imagined something better. It also renewed my conviction that this bubble will keep expanding, because so many more people are realizing that to be queer is to be free. Maybe someday enough people will see the possibilities of queerness and that bubble will finally burst open, letting in all who wish to reimagine the ways in which we can be in community with each other.

The gunman reignited a rage that has always lived inside of us, but he didn’t understand that it’s impossible to terrorize a population whose very existence is built on defiance. There’s a quote that encapsulates exactly what I feel at this moment: To be visibly queer is to choose our happiness over our safety. There are those who will continue to make us feel like our safety is in jeopardy. I imagine they must have never spent much time in a queer bar — I think that if they did, they would see us dancing with each other, singing until we’re purple and understand that through every storm, we have always chosen joy.