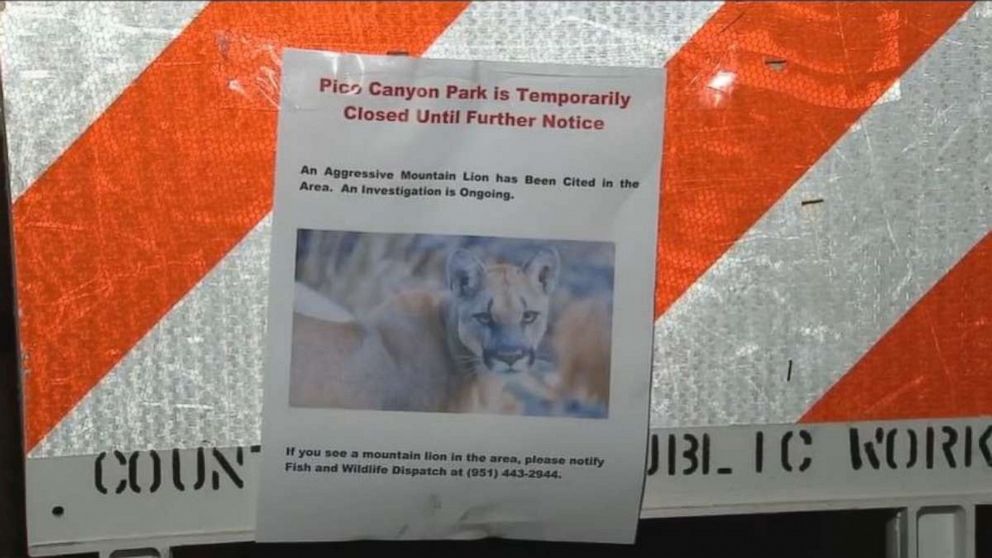 A 7-year-old boy is recovering after being attacked from behind by an aggressive mountain lion while walking through a park, authorities say.

The incident took place at Pico Canyon Park, located near Santa Clarita, California, in Stevenson Ranch, when authorities from the Department of Parks and Recreation in Los Angeles County say the boy was suddenly attacked and bitten by a mountain lion as he made his way through the park.

“The young boy — about 7-year-old boy — was walking up some stairs and was attacked from behind by a mountain lion and bitten in the buttocks,” Captain Patrick Foy from the California Fish and Wildlife Department told ABC News’ Los Angeles Station KABC in an interview following the incident.

The boy suffered non-life threatening injuries in the attack and is expected to make a full recovery, officials said. The park will now remain closed until further notice while authorities carry out their investigation.

As part of the investigation, the boy’s bite wounds were swabbed for DNA to see if they could match it to a known wild cat in the area but, so far, the mountain lion has not been found, according to KABC.

Officials tracking the mountain lion placed a trap in the closed off park to see if they could lure the animal out from hiding.

“In the trap we placed a mountain lion’s favorite food, which is a deer carcass,” Foy told KABC.

If the cat is found and the DNA samples match the boy’s wounds, there is a good chance the mountain lion would be destroyed by authorities.

“Everything we do and every part of our mission is to better help wildlife and people coexist.” Foy explained to KABC. “Having a situation like this where wild animals start attacking — especially small children — that is a super difficult part of our job.”

In the meantime, there are plenty of local area residents who are concerned about their own safety following the sudden attack.