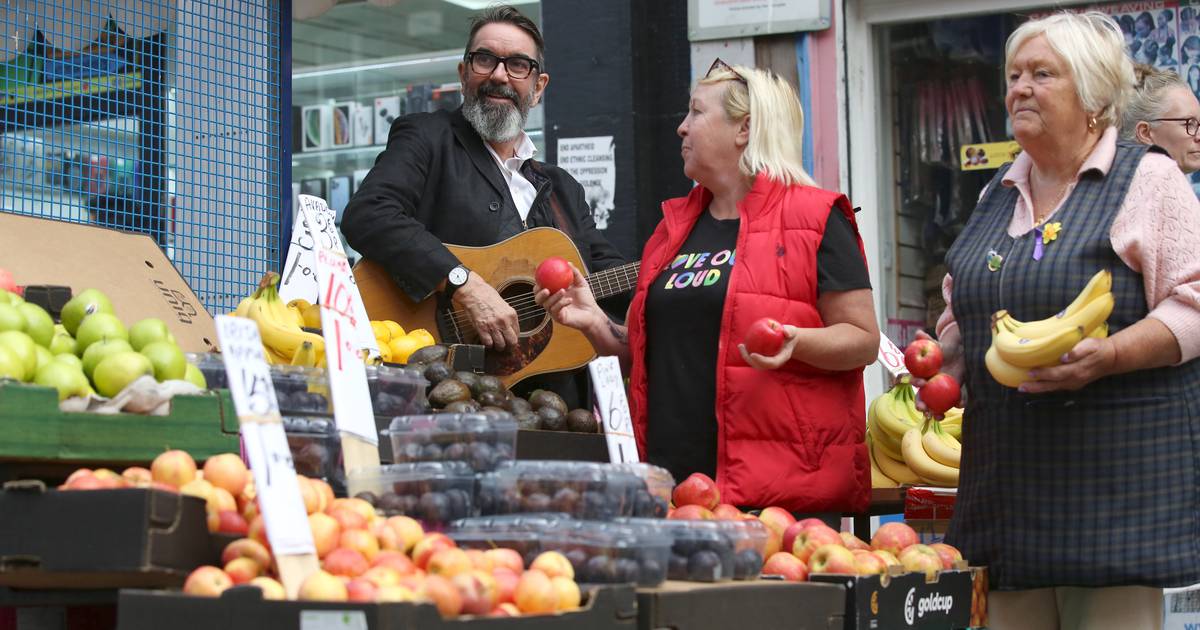 Dublin’s Moore Street markets will be revitalised in the months ahead, with Dublin City Council awarding a public tender for the project to The Temple Bar Company, a non-profit arts and culture organisation.

Launched with a photocall and musical performances, the street came alive on Tuesday morning to usher in what organisers hope is a new era for the city’s oldest food market.

Grocers juggled apples for the cameras and workers peered out of shop entrances to catch a glimpse of what’s to come, as musician Phelim Drew began to serenade nearby traders.

“Myself and my dad used to come here every Christmas… He knew everybody and everybody knew him”, said Drew, son of Ronnie Drew of The Dubliners fame.

“Anything that opens up the city and gets people out to experience things they wouldn’t ordinarily is great”.

Phyllis Tynan and Caroline Alwright, a pair of grocers who’ve traded on Moore Street for upwards of 40 years, sang along with Drew, just as they had with his father in decades gone by.

“It’s all a generational thing”, said Tynan. “People around here have children and grandchildren who might take over, coming from college with a whole new mindset”.

Moore Street’s future has been somewhat uncertain following delays earlier this year to a €500m redevelopment plan, which would see historic buildings demolished to make room for a new public plaza and six-storey building.

Frank Lambe, Dublin City Council’s city recovery manager, stressed that this revitalisation is focused solely on the markets and is unrelated to the ongoing development plans.

The number of resident traders on Moore Street has gradually declined over the years, from over 80 stalls at its height to just 17 today.

Temple Bar Company CEO Martin Harte hopes to encourage people of all trades, crafts and cultures to apply for a space the revitalised market, where the company will take care of marquee setup free of charge.

“If people haven’t the capital to set up a stall, they don’t need it… all they need is an idea”, he said.

“I suppose marketplaces have fallen out of favour over the last number of years in Dublin”, said Harte.

Inspired by vibrant and diverse capital city spaces like the Albert Cuyp market in Amsterdam, he hopes to “put the market scene back into Dublin, and back into the northside, where I believe it belongs”.

Drew will return to perform on Friday evening, alongside the trad-fusion group Tulua, as part of Culture Night. Moore Street’s offerings will run from 4-8pm, in an event that Harte said is “one of the first times Culture Night has given people a reason to come to this part of the city, and certainly to Moore Street”.

Following culture night, further events are in the works to encourage attendance to both Halloween and Christmas markets later in the year.

“It’s about improving the attractiveness of Moore Street, to get people coming back and to build the market back to where it was. The city’s a wonderful place; come in and enjoy it – that’s our message,” said Lambe.