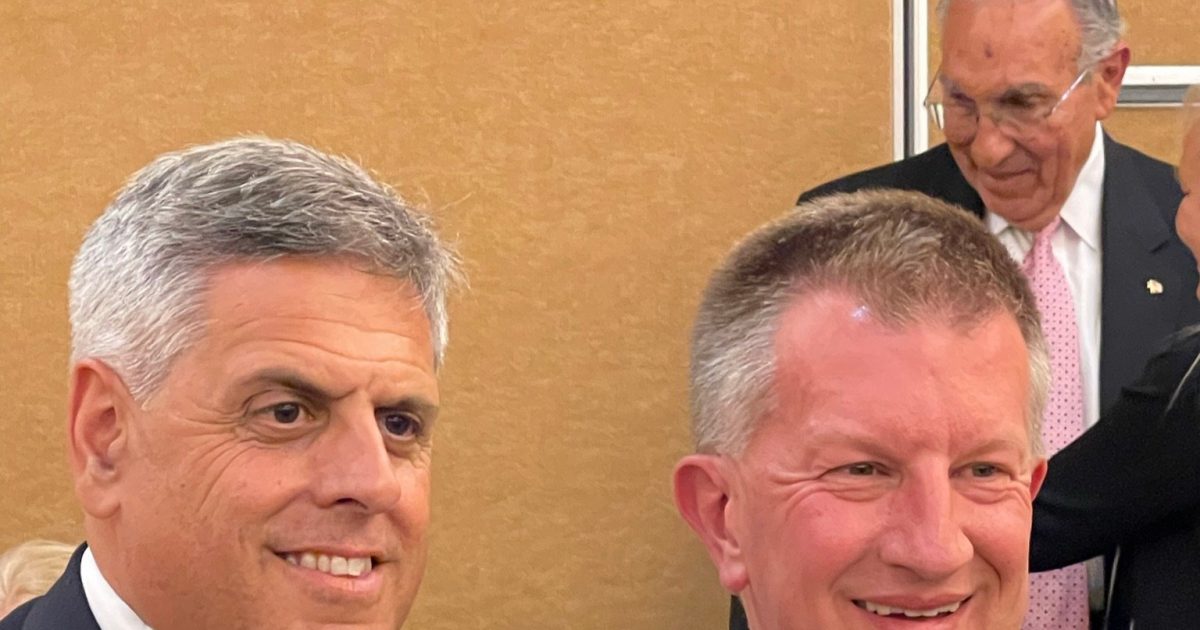 Yates County Judge Jason Cook has picked up more endorsements as he continues to campaign for State Supreme Court in the 7th Judicial District.

Police Federation President Michael Wilson said, “As County Judge and previously as District Attorney, Jason Cook has shown exceptional integrity, character, intelligence and knowledge of the law – all attributes which are important in the State Supreme Courtroom. We are proud to endorse him for State Supreme Court Justice and urge all of our members and the general public to cast their ballots for him this fall.”

Judge Cook said, “Thank you to the courageous men and women of the Finger Lakes Police Federation for their endorsement of my candidacy for State Supreme Court. These 12 law enforcement agencies do incredible work helping to keep our communities safe across the counties of the 7th Judicial District. I applaud their commitment and dedication.”

Locust Club President Michael Mazzeo said, “Judge Jason Cook has worked alongside law enforcement for decades. He helped put away dangerous criminals as District Attorney and has ensured that justice is delivered firmly and fairly as County Judge. We are proud to endorse his candidacy for State Supreme Court.”

“The brave men and women of the Rochester Police Department risk their lives to serve and protect the people of Rochester. I’m humbled to have their support in my campaign for State Supreme Court Justice,” said Judge Cook. “If elected to Supreme Court, I will continue to ensure that our courts are operated efficiently, effectively and fairly for all who appear in the courtroom.”

Judge Cook worked extensively with law enforcement while serving as Yates County District Attorney from 2010 to 2013, where he was responsible for all aspects of criminal prosecution and office administration. He handled felony jury trials and appeals, including at the New York State Court of Appeals. Earlier in his career, he also served as an Assistant District Attorney in Yates, Steuben, Chemung and Schuyler Counties and served as an Adjunct Instructor at Keuka College.

Serving as Yates County Judge since 2017, Judge Cook presides over all felony criminal cases in County Court, Family Court, Surrogate Court and Drug Treatment Court, as well as serving as the Pistol Permit Licensing Officer. In 2019, he was appointed as an Acting Justice of the State Supreme Court, where he presides over civil matters including matrimonial cases, guardianship applications, land and contract disputes and personal injury cases. More recently, Judge Cook was recognized for his leadership and knowledge by being appointed in 2021 as the Supervising Judge for Town and Village Courts in Livingston, Ontario, Seneca, Steuben and Yates Counties.

A graduate of Ithaca College and Dickinson Law School, Judge Cook, 51, lives in the Town of Milo in Yates County. He is active in the Penn Yan Lion’s Club, New York State Farm Bureau, and United Methodist Church, where he serves as a Liturgist. The Cook Family has lived in Yates County for at least five generations and still runs a large beef cattle farm just outside of Penn Yan.

The General Election will be held on Tuesday, November 8, 2022. There are two positions open on the ballot for State Supreme Court this year so voters can cast their ballots for two candidates in this race.