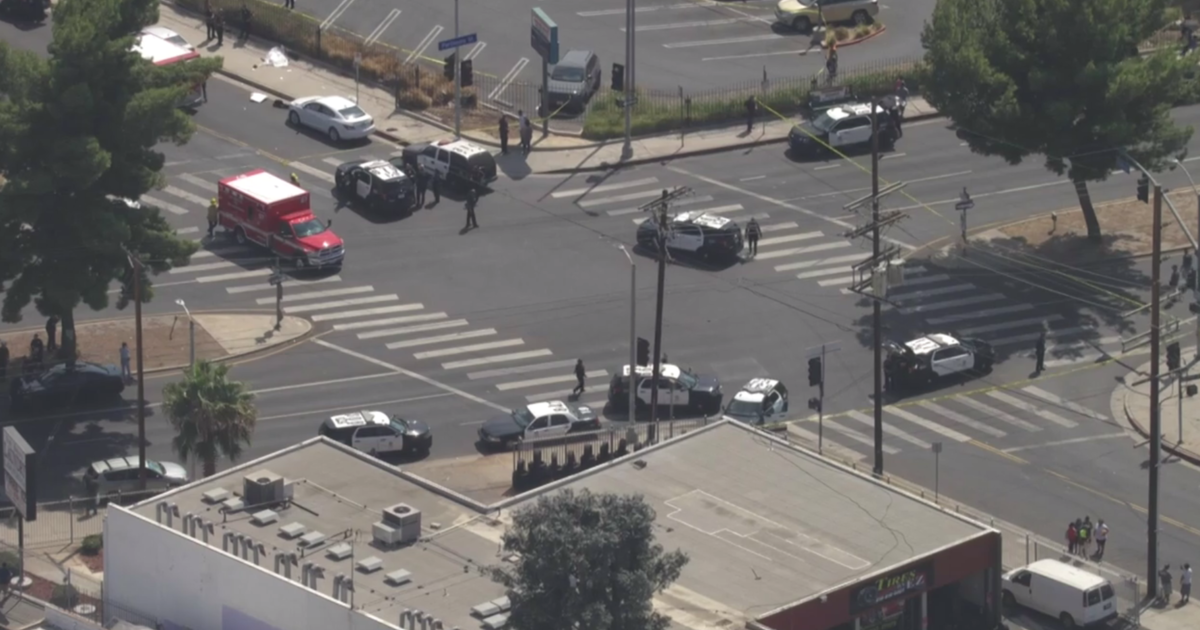 At least four people were injured and one person was killed Wednesday in shooting and crash in Panorama City.

Los Angeles Police officers responded to a call at 2:27 p.m. of a shooting near Parthenia Street and Tobias Avenue.

According to the Los Angeles Fire Department, five people were injured but it was not immediately clear what their injuries were.

Views from SKY9 showed one person who appeared to be fatally shot laying on the sidewalk.

According to the LAPD, they were searching for a suspect who fled in a black BMW.

This is a breaking news story. Please check back for updates.